Setting the standard for cookware since 1874 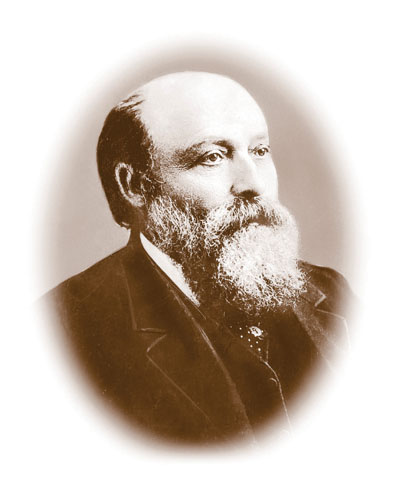 Over 136 Years of Excellence

It was there, in the growing city of Sheboygan, Wisconsin, Jacob Johann Vollrath saw his future in the building of farm implements, steam engines, cast iron ranges and cooking utensils.

But Vollrath was more than a manufacturer; he was also a visionary. He knew that in Germany, porcelain enamelware-pots, pans, plates, cups and other kitchenware produced by coating cast iron with ceramic glaze-was commonplace. In America, however, such utensils were scarce.

So Jacob, believing there was a need for these tough, durable and inexpensive products, began manufacturing them. His reasoning proved correct, and the demand for Vollrath enamelware boomed. By the end of the nineteenth century, the name “Vollrath” had been stamped or cast into the bottoms of hundreds of thousands of pots and kettles and the Vollrath name was recognized across the nation. The enamelware market expanded from home use to some of the foremost restaurants, hospitals and other institutions in the United States. And as the needs of the marketplace changed, Vollrath responded by replacing enamelware with stainless steel and expanding its product offering.

With continual expansion and acquisitions, Vollrath produces an array of Canadian made stainless steel products.